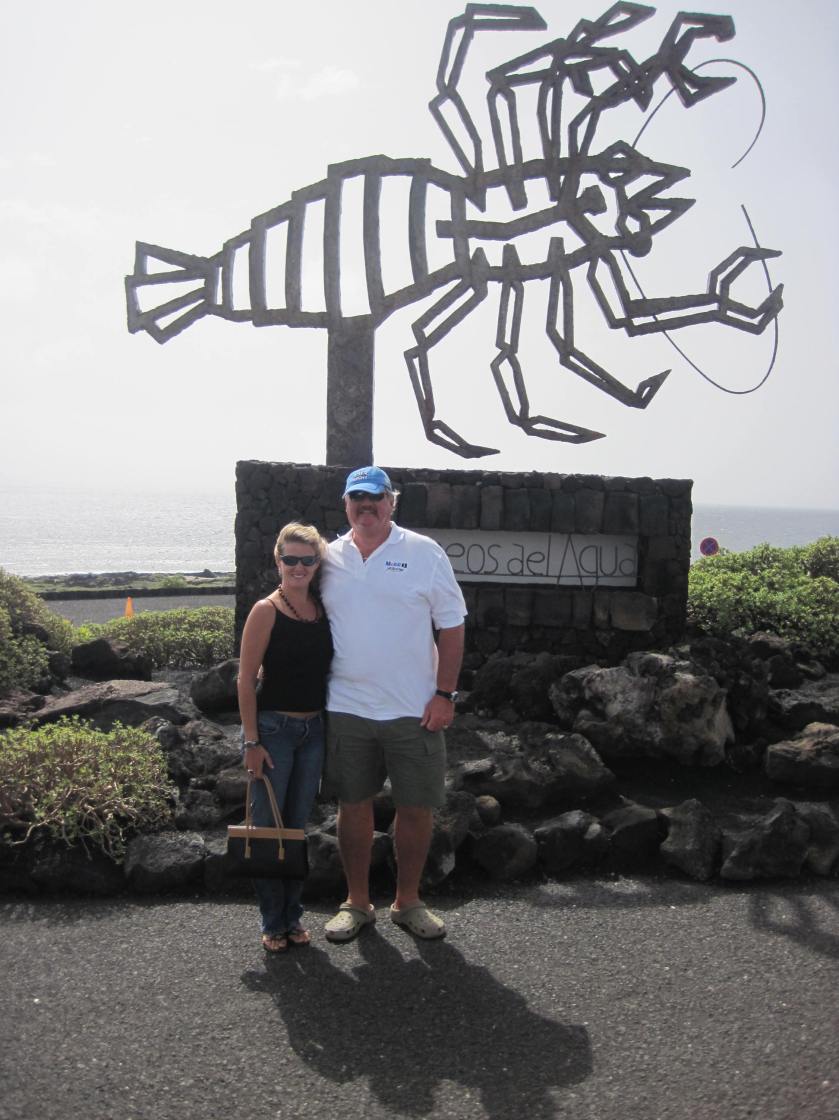 Liming in Lanzarote and Fun in Funcal!!

We loved the Canary Islands.  Lanzarote was just as breathtaking as Tenerife.  In Lanzarote we visited a garden with over 1000 species of cactus.  Yikes, we were careful not to get picked!  We also explored caves of Jameos Del Agua, a huge cave complex that was formed as a result of a volcanic eruption.  In the lagoon of the cave lives this unique species of albino-looking crawfish which they call Jameos.  We took a scenic drive through the wine growing region, visited a few bodegas, and sampled some wonderful tapas.  If it wasn’t so far away, we would become Canary Island regulars.

Cajun celebrated her birthday on the island of Madeira in the town of Funchal.  Unfortunately it was a rainy day.  But that didn’t stop us from having a great time.  We went high up in the mountains to Cabo Girao which is the second highest sea cliff in the world.  Talk about vertigo!!   We enjoyed a 3 hour, 3 bottle of wine kind of lunch with a breathtaking view and delicious food.  We stopped by the local market and were amazed at the bountiful flowers, fruits and veggies.  The fish market was the most unbelievable though.  It was by far the largest we have ever seen.  It also had some of the most unusual looking fish species, including the Espada fish which is their local specialty.

After Portugal, it was time to kick back for a few days in Malaga, Spain.  Our hotel, the Molina Lario, was right in the heart of the city and allowed us to walk everywhere.  We visited childhood Picaso’s home and museum and the Alcazaba, a Moorish fort/palace from the 11 century.   But the highlight of the visit had to be the food and wine.  We hopped from one café to another enjoying tapas and watching the people walk by.  It was incredible.  We especially enjoyed Pulpo, or boiled octopus in butter and garlic and peppers.  Sooo tasty, even if not too pretty to look at.

We are now back in the states for a couple of months.  But we are soon off to another adventure- Budapest here we come!!